Nothing is ever easy part 1332 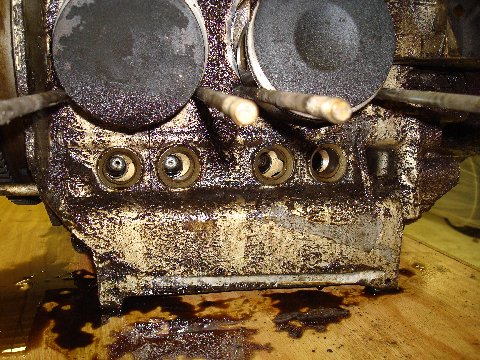 It was to be a simple day. An hour to remove the engine from the compartment, another to replace the throw out bearing and main seal. I even allowed an hour and a half for re-installation.

But simple days aren’t part of this adventure. No, this is a project when 3 wheels on a car that has been sitting for 30 years will spin easily…. Then the last is locked so tight, you have to melt the shoes off after cutting open the backplate with a torch. 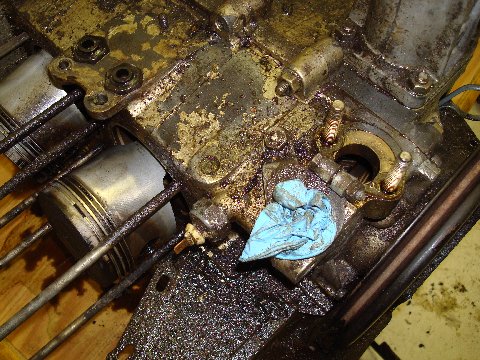 In 5 minutes it went from a 3 and a half hour job, to two weeks, and $200. Now I am replacing every seal, the clutch, the oil cooler, and all the rusted out tin. Since I have the time, I am also having Keith in Houston redo the carb, which was monkeed with by Ebert March. Ebert isn’t worth mentioning much, except it always seems VW’s that have his magic touch, are available for sale, usually not running. 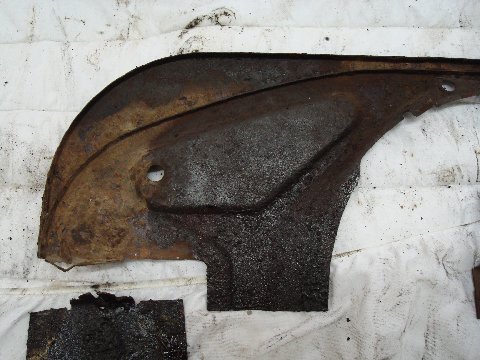 I have order the parts. Russ came into some Tin, Bus Depot helped me out of $137.50 and now I clean the engine, the compartment, and anything else I can access while I wait for everything to arrive… At least she will run like a clock when I get it back together.