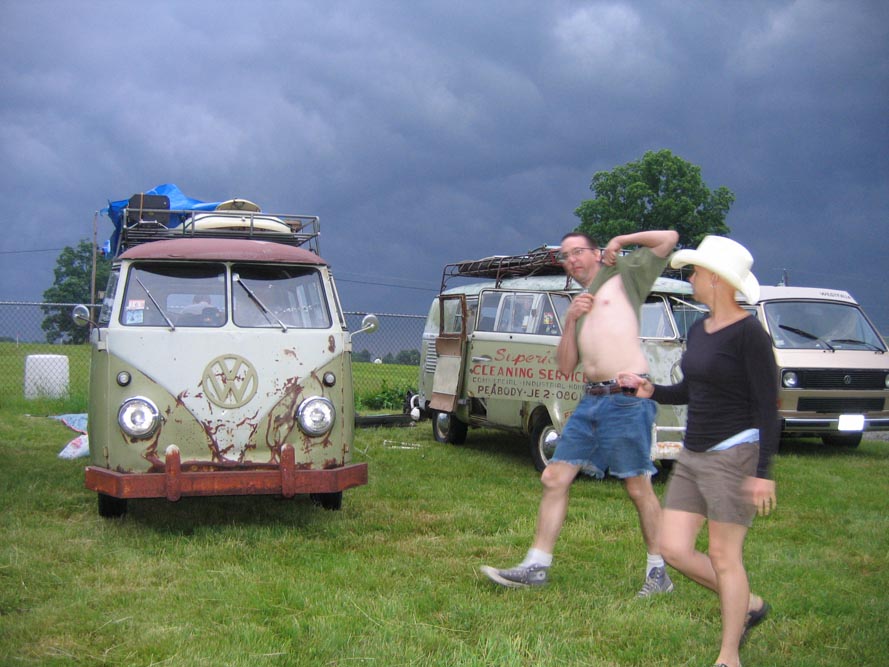 May was filled with decisions this year. The first full weekend was the Michigan show, the second weekend was either Litchfield or the Grand Daddy of them all; the VW Classic in California. The 2006 classic was quite a show with numerous people whom I have met online in attendance. 2008 was again to be a good show, but as the show time approached, I again needed to make a choice.

Litchfield “Bug In” is comprised largely of people from the Atlantic Coast; Connecticut, New York, New Jersey and Massachusetts. 80% of the vehicles were bugs, hence the name. There were 4 Type 3’s and a some neat buses, but all and all, it was the rain that seemed to be the main attraction. We arrived about two in the afternoon. Like before, I am driving a Toyota to a VW show. Luckily, Glenn Ring had driven a Honda to the show, and given his level of knowledge within the community, I figured I would simply be ignored. 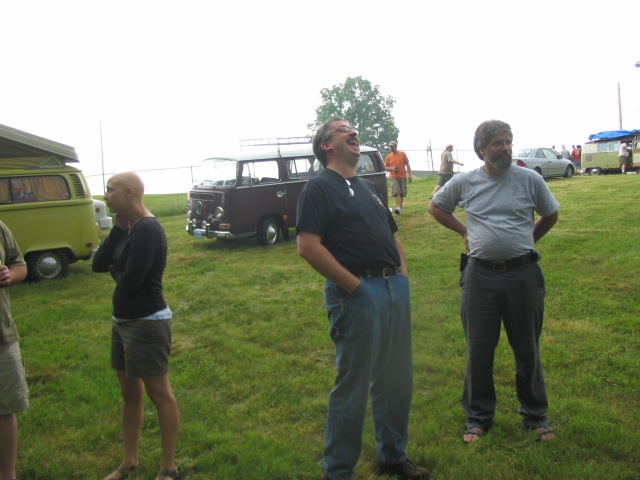 Glenn is a pretty neat guy. He knows quite a bit about performance engines, and owns a 1974 bug he has had since new. After Martha fell asleep, he and I sat up and talked about things for a while.

RAIN killed this show for me. Despite having a chance to meet numerous people I had conversed with online, the rain prevented us from actually spending any time sitting around talking; which is a big part of many shows. Jon and Lindsay were busy selling parts, Rob wandered around looking at things, as Martha and I did. 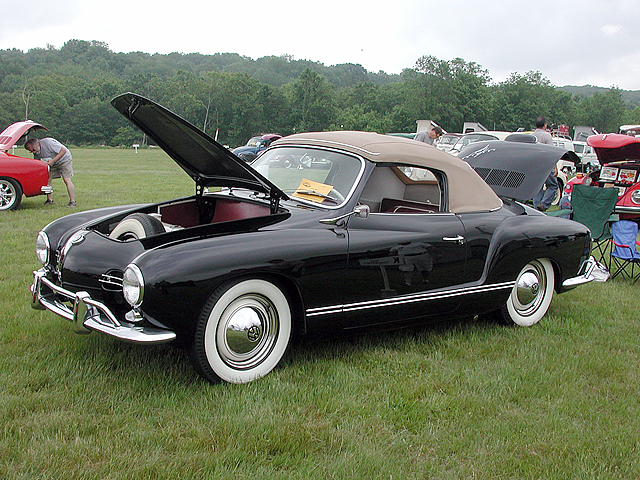 My favorite car was this 1958 Karman Ghia convertible. This was owned by a guy named Rob whom I had a chance to speak with. He purchased it restored, but he has a vast knowledge of the older VW”s (pre 1960). It took about a dozen photos, in hopes it might inspire me to do something about my Ghia’s. I hasn’t yet. 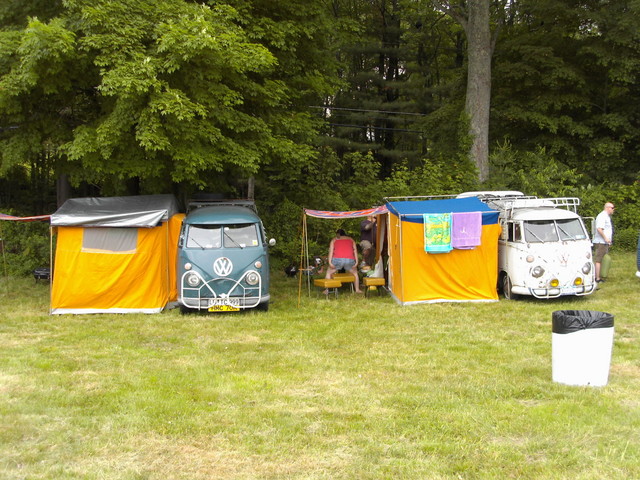 There are certain times of the year when the weather can be predictably good or bad. It seems, talking to many of the regulars to this show, that you can depend on rain. I can honestly say after looking at rows of near mint condition bugs, that they just don’t do anything for me. They are great cars, but they don’t deliver a punch for me like buses do. Speaking of buses, I did find a few with Hurst bumpers. I know that an SO Westy camper is out of my reach, both for practical reasons and in terms of cost/benefit, but they are so cool. Maybe it’s the gadgets, maybe it’s the practical nature of them, but it is why I am doing all of this.

My trip was just getting started, for when I left Litchfield on Sunday afternoon, my daughter and I headed for Manhattan. We stay at the Pod when we are there.. Lots to see and do. I had a chance to get a really good camera, and Martha visited American Girl Place.

After a few days in NYC, we headed to Princeton PA to see Steve Hamliton. Steve married My wife and I in Vail. He has been a good friend since 1983. He now works at Princeton Seminary, and it was nice spending the evening meal with him and getting a tour of the campus. Martha is really interested in campus life, and it wouldn’t break my heart if she wanted to go to Princeton. While there, we spend about 3 hours at “The Princeton Record Exchange”. This is perhaps the best used CD store in the US, and I have had the pleasure to go to dozens across the country. What makes this place so good? You can find titles here used, that I couldn’t find new just about anywhere else.

Once we left Princeton, we headed home. It was a long haul, and The Penn Turnpike is really boring, but we got there in about 15 hours.