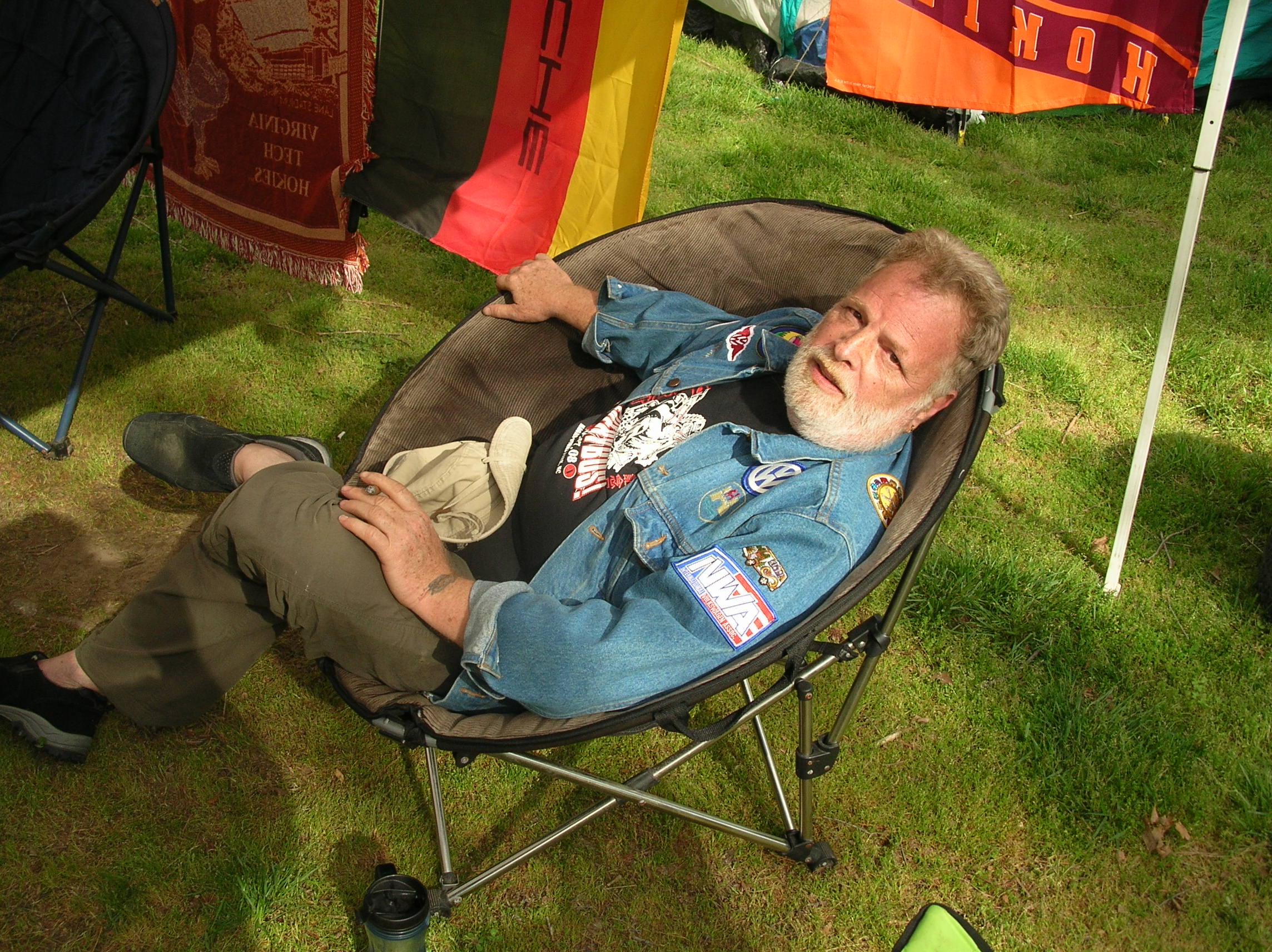 It was one of those times where I really let down my own schedule. I had purchased the 1969 Westy in anticipation of doing some road trips before selling it. But since the fall trip that afforded me the opportunity to meet Russ Wolfe
presented me with some maintenance issues. The engine was rebuilt in February at my buddy’s shop. We redid the heads, and replaced the Cylinder, Pistons and Rings. New Spark plugs, oil cooler, and completely clean case and tin.

Everybus was to be the first show I could go to in one of the 8 buses that I owned at the time. When it came down to the departure date; I lost my nerve. It’s wasn’t because the engine wasn’t ready to go, it was because I hadn’t driven it enough to be confident, and I didn’t have a connection in the Blue Ridge Mountains like Russ in Iowa. 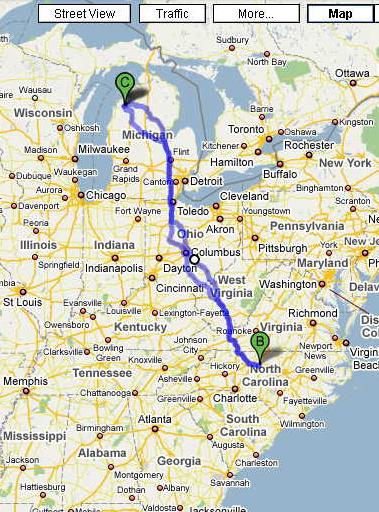 I loaded my Toyota with camping things, alcohol, and Polar. The drive was to take two days with 1700 miles round trip. I left in the afternoon and planned to make it to Columbus OH. I drove and drove, it was a nice day. When I got to Columbus, I decided to wash Polar. He had his usual spring stench, and being presentable is always in dog fashion. We found a PetSmart with a U Bathe, and he was clean. We ended up in some little town south of Columbus for the night.

The next morning I was on my way. I headed through Athens, and Ohio University. I used the computer lab for a client call and to check my email, then I continued on my journey.

I enjoyed the mountains in West Virginia, but much of the rest of the trip was just roads. 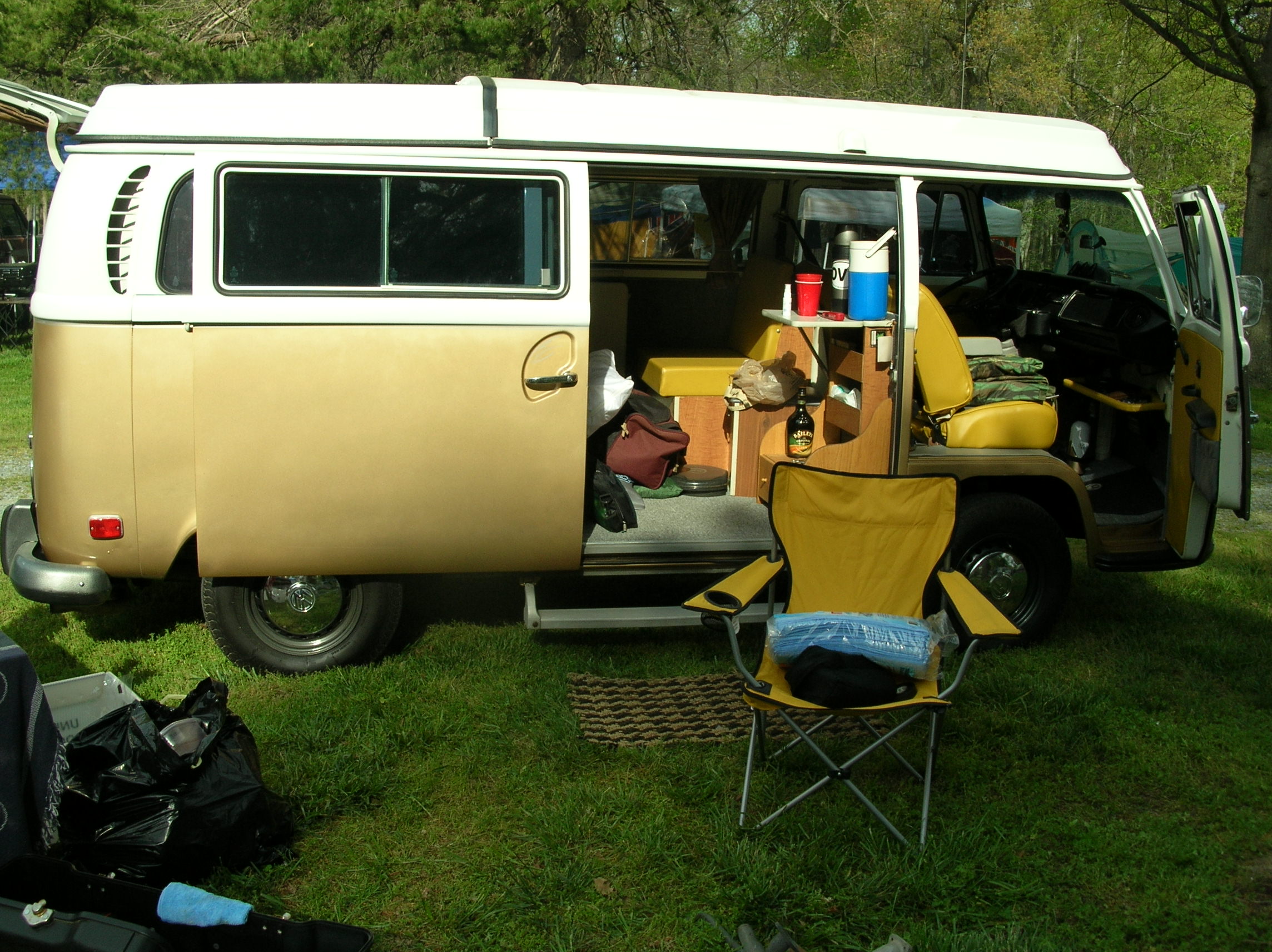 I arrived, and drove into the circle where the VW’s were parked. I was looked at and after I paid my entry fee, I relegated myself outside the ring next to a fifth wheel owned by some guy who was from the Thumb area of Michigan. I walked around, and finally stumbled on to Teddy. He is a jeweler from Columbus who is a regular on The Samba. We talked, I looked over his spotless 71 Westy named Goldie that he had just sold.

We did what any good VW people do who don’t (actually) have VW’s we started drinking. After a while of walking around looking at the show, I went on a walk. 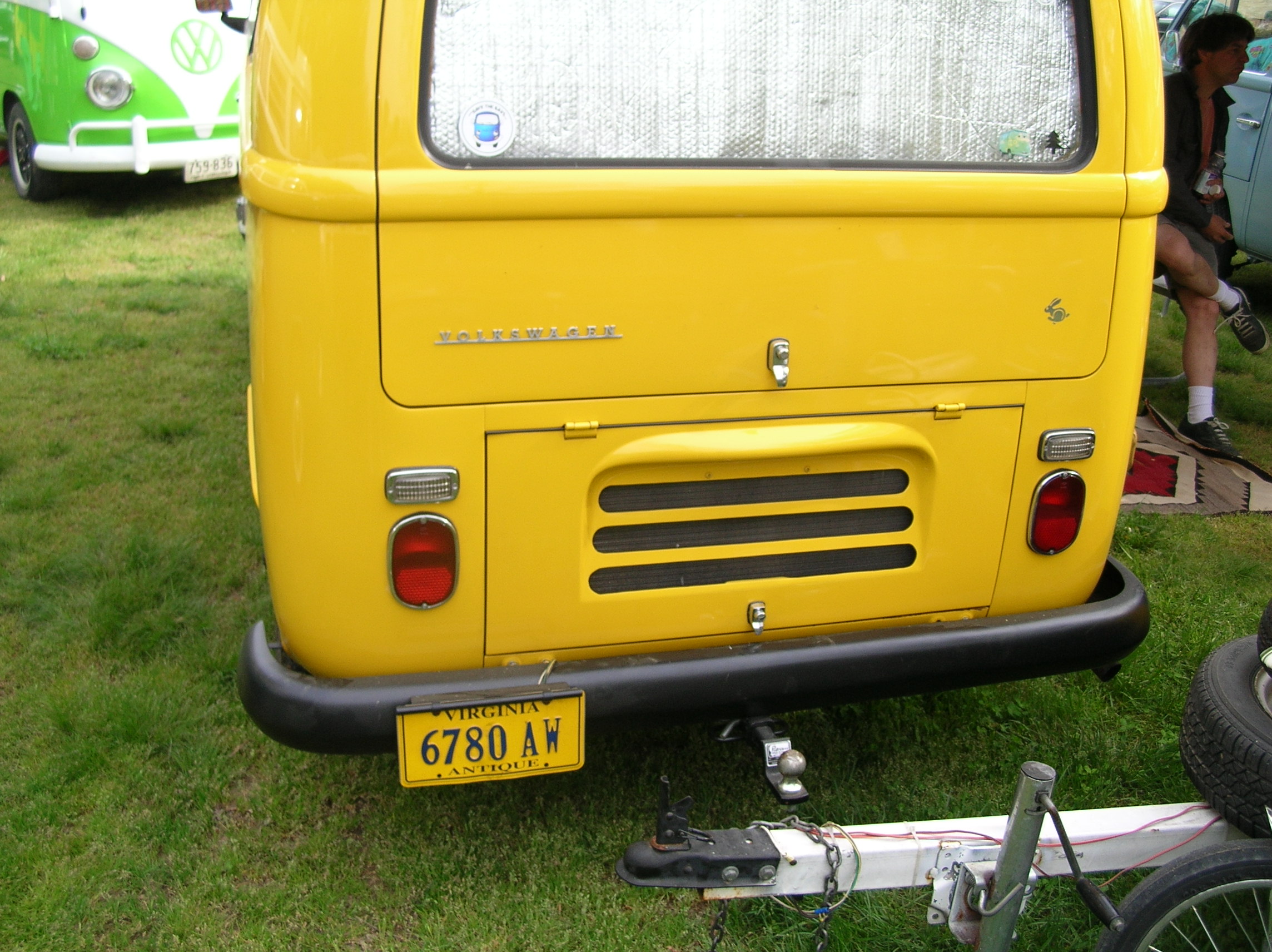 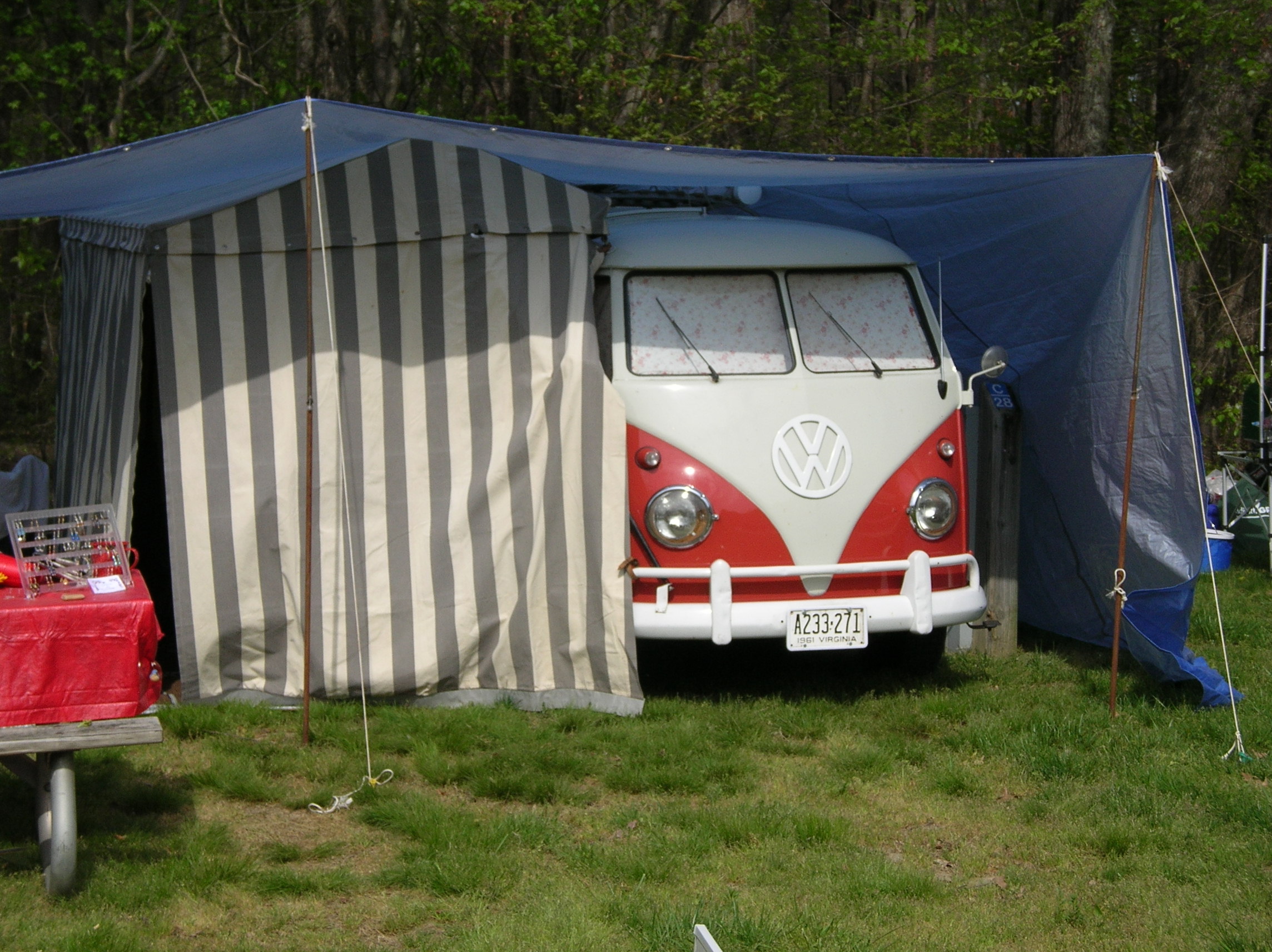 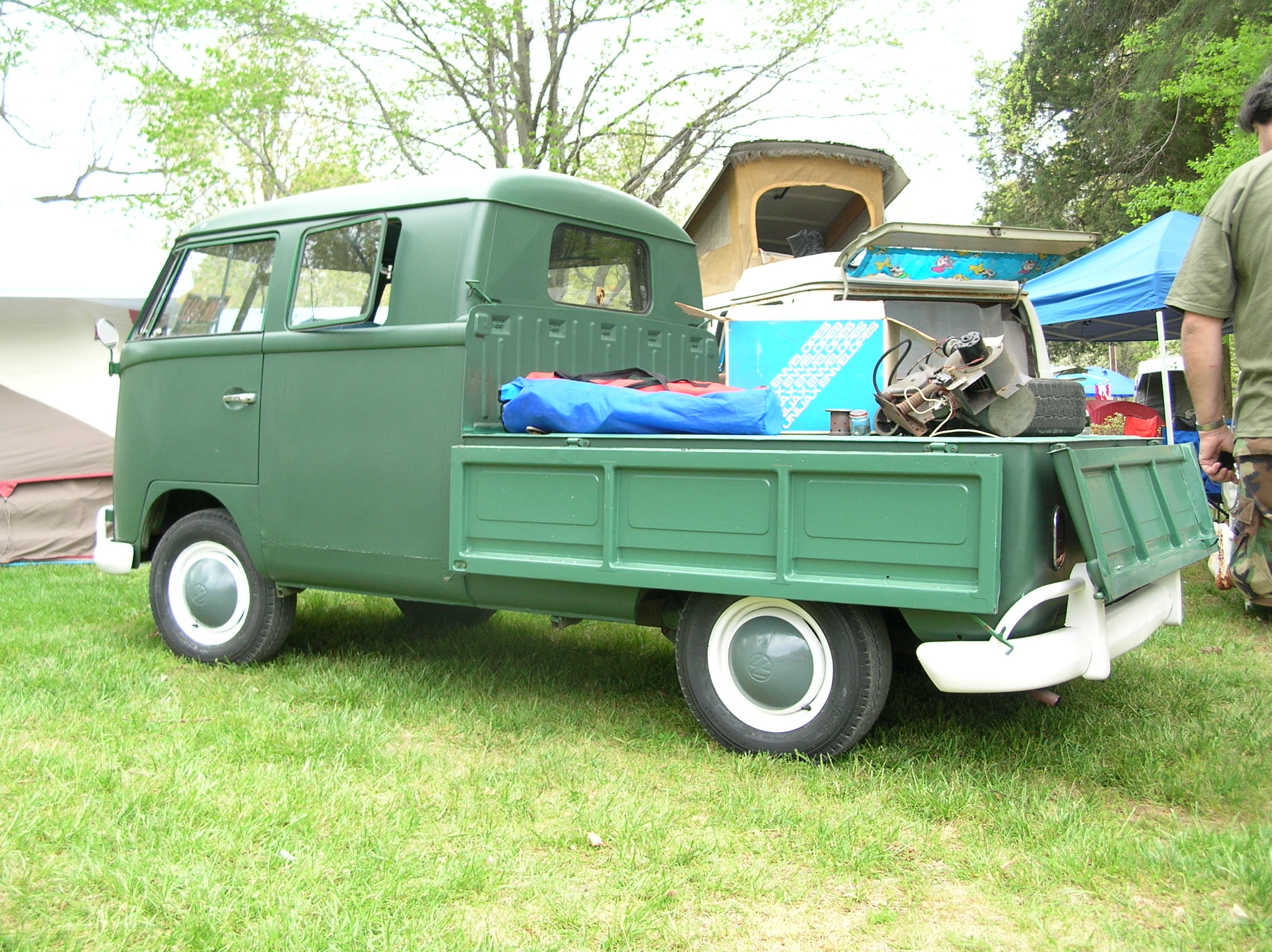 Absolutely a great trip. There were numerous Split windows and dozens of people I had come across online. Most notable were Lovethosebuses from Canada, Jon and Lindsay from North Carolina, and Lou and Lis. Lou is retired and spends much of his life eating, planning on eating, cooking or talking about how he just ate. I met him origially at the 2007 Buses by the Bridge show in Arizona, but I don’t remember and neither did he. His wife has a really nice earlier bug, and he has a pick up and a 61 Westy. I almost forgot to mention John. He arrived late, left the same day and said about 50 words the whole time. He is a fireman from Durham, and the type of guy that when he speaks, it’s worthwhile. I (on the other hand) too often go for volume.

Most of the rest of the show was pretty normal. Walk around, drink, meet people (Rooster and his crowd were fun until he pointed his Mamma’s gun at me). I brought some parts of my own to sell, but I only sold the gas gauge from my parted 66 to a guy named Mark from South Carolina. It covered gas money. 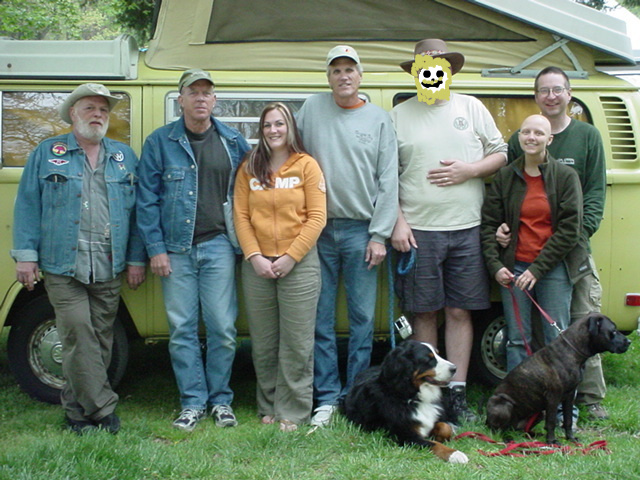 There was a blue grass band that was pretty good Saturday night, and a barbecue for everyone that was fabulous. It rained and that sort of dampened the experience, but it was fun.

The drive home was pretty normal, you just want to get home. Somewhere in West Virginia my rear shocks failed after all those miles pulling too much weight behind my truck. I bounced the rest of the way home, I thought polar was going to puke.

Although Everybus was fun, I read that they have moved it to the fall for 2009. I probably won’t go back to this one. The FMBC is a pretty tight group, and it is sometimes hard to get to know people when they are there to see old friends. I am sure that where ever I go, I can find Samba pals, and I will plan accordingly in the future for that.
CTS would have been a great show and a better choice, but it was my daughters birthday that weekend, and let’s face it; my little girl is much cuter than the average bus owner…